There are a lot of obvious reasons that someone would eat at Union Fish Seafood and Raw bar. Superlative seafood, the scratch kitchen (which means that everything is made fresh right there!), extensive, fresh and delicious raw bar, and a really fun atmosphere. But when you look more closely, many cool additional reasons make themselves apparent. Here are 10 Very Interesting Reasons to dine at Union Fish Seafood and Raw Bar. 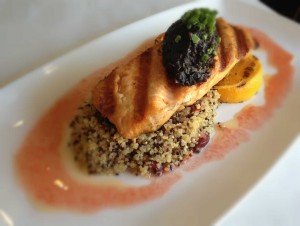 Union Fish prides itself on being a restaurant favored by the locals. “We have a lot of individuals who dine with us several times a week”, says Executive Chef Brandon Babiarz. “We want to make sure that while we are keeping the favorites, we give people something new to look forward to each night.” We use the freshest ingredients, often sold to us in small batches. It gives us a daily opportunity to be creative, which we love”, says Babiarz.

You might not think of an upscale seafood restaurant as a purveyor of craft beer, but Union Fish believes strongly in promoting the local economy. “Our beers are sourced from small breweries, a lot of which are in Massachusetts”, says Nichole Crosby, General Manager of Union Fish.  Among others, they carry Wachusett, Mayflower, Cape Ann, and Cisco. 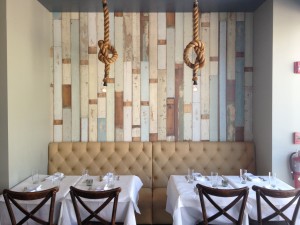 When Dramshop (the group who owns Union Fish) first entered the space located at 23 Shipyard Drive in Hingham, the floor was dirt and the walls were bare. Fast forward a year, and you’ll find an upscale but approachable marine based design. As you walk into the restaurant, the bar dominates the view. Located at the end of the bar, and stocked with oysters, shrimp, littleneck clams, lobster tail and crab, the Raw Bar is an experience in itself.

Cozy cream colored booths are nestled into the back of the restaurant, under thick, knotted rope lighting. Large windows and interesting décor (like driftwood wallpaper and antique spritzer bottles) make for a comfortable establishment to meet for drinks, oysters, brunch, or full dinner.

The front of the restaurant, next to the raw bar, seats roughly 30 people with additional booths and a bar along the window. Another long table accommodates 10 additional people. This is perfect for a group meeting or a small event.

As you get deeper into the restaurant, you notice the exposed kitchen. This was intentional. “There is a lot of trust that comes from people being able to see who is cooking their food”, says Chef Brandon. 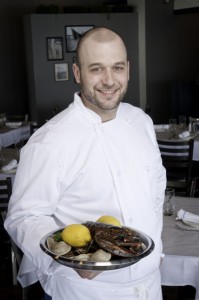 Raised on Cape Cod in his mother’s three restaurants, Chef Brandon has literally been cooking all of his life. He is number three of five children, and his family sat down every night to dinner, together. “The food at our house was good. My mother believes that the food you put into your body shows how much respect you have for it.”

Before attending the New England Culinary Institute in Burlington, VT, Chef Brandon spent six years working in his mother’s restaurants – Marshland in Sandwich, Marshland 2 on Cotuit Road in Sandwich  and Marshland 3 in Manomet.  He believes that this real life experience allowed him to get even more out of his culinary school education. Chef Brandon has worked at all of the restaurants owned by the Dramshop group – Church in the Fenway area, Regal Beagle in Brookline, and the Union Fish Seafood and Raw Bar at the Brewer Marina in Plymouth.

Another invaluable skill that Chef Brandon gained working for his mother is the ability to create beautiful, delectable desserts. “Often people will pick one or the other – cooking or baking, and just specialize in that. I enjoy both, and I am thrilled to be both cooking and baking at Union Fish” says Babiarz. The dessert menu at Union Fish is full of amazing recipes. Chef Brandon enjoys combining unique ingredients to make a glorious, melt in your mouth confection. A perfect example is the flourless chocolate fudge cake with salted caramel and bacon, and the sweet potato and cranberry donut which is fashioned after the original Krisppy Kreme donut, but with a savory twist.

Gary is a server at Union Fish.  Completely knowledgeable about the menu, the drinks and all of the ingredients that go into both, as well as deep understanding of what makes an oyster great, Gary is just one example of the servers you will find at Union Fish.  Everyone is trained to make sure that the customer enjoys themselves immensely, the entire time they are there. He doesn’t hover, but he is always there when you need him. He makes suggestions, answers questions, and makes sure the food is perfect before he brings it to your table. You can ask for Gary when you visit, but if he’s not in, rest assured, you will get the same top notch service from all of the wait staff. 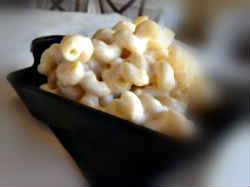 Often restaurants today specialize in either adult food or kids food. At Union Fish, both options are available, and both options are delicious. The children’s menu includes curly mac and cheese, kids fish and chips and grilled cheese. All children’s meals include a Hoodsie cup and are only $7. Easy Peasy! 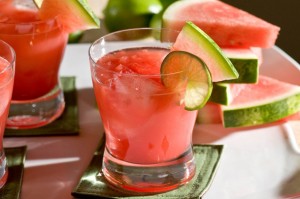 It’s not just the dinner specials that change nightly. The mixologists at Union Fish are held to the highest standards. Each day, they collaborate to come up with a special, different, drink to write on the chalkboard above the bar. “These are not just rum and coke type drinks”, explains Nichole Crosby, GM. “Every drink that we design has an element of freshness to it. Whether it’s fresh fruit, fresh juice, vegetables or even shrimp, we want our drinks to be creative, delicious and interesting.” One   favorite is the Bearcove with Grapefruit vodka, fresh squeezed ruby reds, lime and sparkling wine.

There is no better place to be on a warm sunny day or evening than on the water. The Patio at Union Fish overlooks the harbor at the Hingham Shipyard. With seating for 70 people, the patio includes a dining area, and a lounge area replete with cream couches and cocktail tables. Whether you are dining al fresco, or meeting friends for drinks, the patio at Union Fish is a great way to see the water, breathe fresh air, and take advantage of the very social atmosphere at the Hingham Shipyard.

Dinner in the suburbs tends to start earlier and end earlier. It’s fair to say that most restaurants have finished their second seating by 9pm. That makes it difficult for those of us who prefer to dine later, after a movie or because we’ve had a busy day. The kitchen at Union Fish is open until 11pm, cooking up their entire menu, not just a small bar style menu. No matter what time you come in,   you will receive the same prompt, attentive service and delicious food.

If you haven’t been over to Union Fish Seafood and Raw bar yet, now is the perfect time. They have been open several months, everything is running smoothly, and you now have an inside look at what makes it so special.  There is no doubt that this should be your next favorite hangout.